Public trust in government is near historic lows. It is reported by the Pew Research Center that in the late 1950s about three quarters of Americans trusted their leaders.  Recent studies show that since the early 2000s that number has declined to less than a third.

There is some solace for hometown officials.  Gallop polling reflects that citizens’ trust in their local government continues to be greater than the confidence they have in state and federal counterparts. Transparency International reports that fewer citizens think local government is corrupt compared to perceived corruption in the executive and legislative branches of federal government.

And yet, there is cause for concern.  Research shows that communities of color are more likely than others to view local law enforcement with distrust.  The impact of perceived unfair treatment in many minority communities lessens these residents’ faith in police.  Likewise, when cities fail to provide essential services to low-income communities like those in Flint, Michigan, this also lessens faith in local government.  Also, recent immigrants oftentimes distrust the criminal justice system and government officials because public institutions in some of their former countries were often inadequate, corrupt, and worthy of distrust.

Collectively, the life experiences and perceptions of these communities have a corrosive effect on their confidence in local government overall.  Indeed, there is a danger that the greater trust that citizens have in local government may erode to levels now experienced by the other branches of state and federal government.  Those of us charged with local governance need to be concerned, a little anxious and most importantly, engaged.

In our community, to ensure ethical governance and maintain the public trust, voters established the Miami-Dade Commission on Ethics and Public Trust in 1996.  This resulted in County Commissioners’ enactment of Miami-Dade Conflict of Interest and Code of Ethics Ordinance, the Citizen’s Bill of Rights, the Fair Campaign Practices Ordinance, and the Honor Code.  These laws protect against cronyism, opaqueness, corruption and just plain unfairness. These ordinances empower the Commission on Ethics with guidance, regulatory and enforcement authority designed to protect citizens from threats to good governance and to enhance public trust in government.

Public employees, lawyers, lobbyists and elected officials daily use the Ethics Commission’s resources, seek and accept guidance, attend training, and at times are the subject of its regulatory and adjudicatory powers. But this daily engagement usually does not involve members of at-risk communities.

These citizens should also know about laws that are designed to ensure ethical, efficient, and untainted local governance in the Sunshine.  They should know about the Commission on Ethics and its role in supporting ethical governance and fair election practices.  Most importantly, they should know that they can seek guidance, question government transactions, have a voice, and lodge complaints when appropriate.

Thus, one of my principal goals as the Commission’s new Executive Director will be to inform and educate those in Miami-Dade communities where confidence in local government may be at greater risk because of existing distrust. I would like to bring renewed energy to the Commission’s “public trust” charge.  In honoring me with directorship over the agency’s day-to-day operations, the Ethics Commissioners recognized the importance of this outreach.

I am given to applying the hard lessons learned in my years in criminal justice to other professional endeavors and my work for the Commission on Ethics is no exception.  I have accepted the wisdom of a police executive who in a meeting stated that leaders must engage with at-risk communities at the ground level, speak to them in their house, and in their language.  Only then will they truly understand the communities’ needs, and only then will these citizens hear the message and have greater confidence in government.

Those of us tasked with maintaining and building the public’s trust in local governance overall must accept this truism.  To aid in understanding and acceptance, my outreach will occur in these communities’ neighborhoods, community centers, schools and houses of worship, and in their languages, figuratively and literally.  To accomplish this, I my plan to utilize the Commission’s resources, English and foreign language print, broadcast and digital outlets, local leaders in these communities, the clergy, and anyone else who will contribute and serve as a co-educator and bridgebuilder.

It is my hope to educate these communities on ethics ordinances and the Commission on Ethics and encourage participation and usage. On behalf of the Commissioners that employ me and greater local government, in this way, I will seek to contribute to maintaining and building confidence and trust in local government.

If you cannot view PDF

files, you can download Acrobat Reader  for free from Adobe Systems, Inc. In order to use PDF files, you must have Acrobat installed on your computer.
Back to Top Page Last Edited: Wed Sep 8, 2021 11:21:10 AM 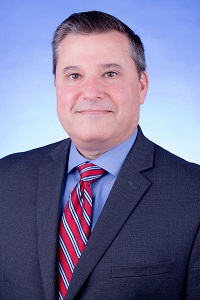