The Ethics Commission was created in 1996 as a result of a citizens' vote to amend the Home Rule charter. It is an independent agency with advisory and quasi-judicial powers.  It is composed of five members, each serving staggered terms of four years at a time.

Each member must be a resident of Miami-Dade County. While serving on the Commission, a member cannot hold or campaign for an elective office or hold office in any political party or political committee.

The Ethics Commission is empowered to appoint the Executive Director, who must be a member of the Florida Bar. Robert Meyers was named Executive Director in 1998. Joseph Centorino served in that capacity 2011 to 2018.  Jose Arrojo currently holds the position.

Nelson Bellido was appointed to the Ethics Commission by the Chief Judge of the Eleventh Circuit, Joel Brown, in July 2010.  Mr. Bellido is a managing partner in the Miami-based law firm, Roig, Tutan, Rossenberg, Martin, Stoller, Zumpano & Bellido, where his main areas of practice are in complex commercial litigation, insurance and finance law, product liability and domestic and international disputes regarding debtor and creditor relationships, as well as shareholder and partnership disputes. Mr. Bellido is a former adjunct professor of Business Law at Florida Memorial College, worked with the Miami-Dade State Attorney’s Office from 1993 to 1997, was a director of the Cuban American Bar Association, past president and director of the League of Prosecutors and has been serving on the Miami-Dade County Fair and Exposition Inc.’s board of directors for the past eight years.

Mr. Bellido received his juris doctor in from the University of Florida College of Law and earned an undergraduate degree of Political Science and History with emphasis on Latin American History from Duke University. 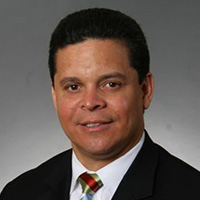 Dr. Judith Bernier is an Associate Teaching Professor in the School of International and Public Affairs at Florida International University. She is also the Director of the Center for Labor Research and Studies. She teaches courses in conflict management, education, diversity and inclusion, and labor studies . Her publications and research interests include topics on social equity and sociocultural factors and constructs that impact the personal and professional lives of marginalized groups. She earned a  Doctorate in Education , Master’s in Human Resource Development, and Bachelor’s in Communication from Florida International University.  She  is also a trained mediator and has served on the Ethics Commission since May 2014. 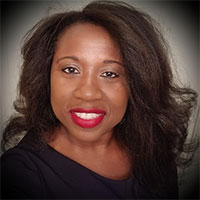 Judge Lawrence A. Schwartz was appointed to serve on the Miami-Dade Commission on Ethics and Public Trust by Chief Circuit Court Judge Joel Brown in January 2013, shortly after his retirement from the bench. Judge Schwartz sat on the Circuit Court since his appointment by then-Governor Lawton Chiles in 1997. The Northeast Miami-Dade resident won election to County Court in 1991 and served in all divisions until his elevation.

Schwartz received an Associate Degree from what was then known as Dade County Junior College, a Bachelor's Degree in Psychology and Sociology from the University of Oklahoma and a Master's Degree in Education from Florida Atlantic University. Schwartz taught sixth grade for five years at Lake Stevens Elementary in Carol City. After earning his Juris Doctorate from the University of the Pacific McGeorge School of Law, Schwartz was a deputy district attorney in Sacramento, California, for a dozen years. The Miami Beach native returned home in 1987 to work as an Assistant State Attorney in the 11th Judicial Circuit prosecuting economic crimes. 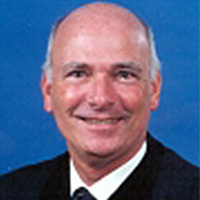 University of Miami School (UM) of Law Professor, Charlton Copeland, was appointed by UM Law School Dean, Anthony Varona, as a Commissioner of the Miami-Dade County Commission on Ethics and Public Trust on December 2020.

Professor Copeland brings deep expertise and served on the Commission from 2010-2014, including in the role of Chair from 2012 to 2013. He teaches administrative law, constitutional law, civil procedure, the regulatory state, and other courses related to government regulation. Professor Copeland brings a commitment to fair process and transparency that is as essential to the effective functioning of our local democracy. In addition to being a preeminent scholar, he is dedicated to teaching and public service. In addition to prior accolades, Professor Copeland has recently been named the recipient of the 2021 Clyde Ferguson Award, given by the American Association of Law Schools to an outstanding law teacher, who in the course of his or her career has achieved excellence in the areas of public service, teaching, and scholarship. 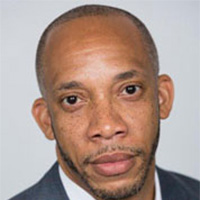 Former City of Miami Commissioner Wifredo “Willy” Gort was appointed by the Miami-Dade League of Cities to serve on the Miami-Dade County Commission on Ethics and Public Trust in December 2020.

Commissioner Gort is a longtime Miami-Dade County resident with almost two decades of municipal service having been elected to the City of Miami Commission two times and acting as its mayor in 1996 after the passing of then City of Miami Mayor Stephen Clark.

Before moving into the public sector, Mr. Gort worked as an investment banker for over 25 years and began his career as a manager for the United States Census Bureau in 1979. After working as Executive Director of the Little Havana Development Authority and the Downtown Miami Business Association in the early 1980s, he emerged as Vice President of Marketing for AIBC Investments in 1985, eventually becoming Chairman of their Board of Directors in 1996. Mr. Gort  departed AIBC to join Ramirez & Company, serving as Senior Vice President in 1999 with oversight of public financing in the Southeastern U.S. He later served as Senior Vice President of M.F.R. Securities from 2009-2013.

Mr. Gort has been an active member of his community for decades and has served on numerous boards and committees within the City of Miami and Miami-Dade County. He is a founding member and board member of the Latin Chamber of Commerce (CAMACOL), a former President of the Miami-Dade County League of Cities and has served on the boards of the Christian Community Service Agency, the East Little Havana Development Corp., the United Way, and the Greater Miami Chamber of Commerce.

Mr. Gort is a graduate of both Miami-Dade Community College and Florida International University, holding a B.A. in Business Administration. 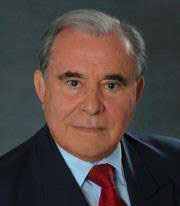